Note: I wrote the following essay about two weeks after the election of Donald Trump. I didn’t post it to the blog at the time, I wasn’t sure that I wanted to take the blog into the political arena since it is such a divisive subject.  But, I am continuing to experience anxiety related to Trump’s presidency – in fact, I was motivated to write a poem, which you’ll find at the end of this essay. So, I re-read what I wrote, and did some editing and decided to share it. I hope it offers food for thought. 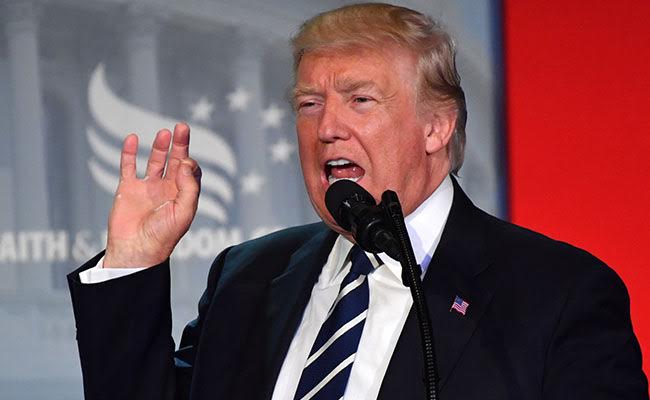 I am struggling. I have moments where I imagine I have the energy to do the things I need to do – laundry, cooking, planning stuff, paying bills, writing, etc. And then when I actually need to move to do them, I feel like I am in mud. My spirit is in quicksand and sinking slowly. Has it reached bottom yet?

I know that I need to move beyond that, but I am so profoundly disappointed. I feel drained. I’m hoping that writing this, as writing often does for me, will be a form of expurgation. Maybe I will be able to leave it on the page. So here goes….

In the wake of Trump’s election, I have been thinking a great deal about the people who voted for him and what they might believe.

Here are some beliefs I can accept, even if I don’t agree with them:

Here are some beliefs I cannot accept:

The above is partially in response to something my nephew wrote after the election. He wrote about how essential it is to be willing to talk with and listen to people with differing perspectives and not live in an echo chamber (not his words, mine). I see the danger in that. But, I also don’t think the ‘echo chamber’ is the root of the problem. I think that makes the problem far worse, but the divisions in our country, at their root, aren’t caused by the failure to listen to others. I think the division is about fundamental beliefs and, in some cases, willful ignorance.

No matter how much I talk to someone who thinks Hillary belongs in jail, they are simply not going to be able to convince me (and it is highly unlikely that I will change his/her mind). My mind is closed to that notion. Unless and until evidence of a crime is presented, and despite the extraordinary effort to do just that, it hasn’t happened.

Some beliefs may be born of ignorance, for example, climate change denial may be based on ignorance of the science. But to overcome ignorance, you must be willing to be educated and accept information (facts) that doesn’t conform to your mindset (if actual evidence of Hillary’s criminality surfaced, I would change my view).  The willingness to be educated is different than being willing to exchange ideas with someone. Yes, I can learn something by listening to another perspective, but at some point we need to agree to a body of knowledge or a set of facts about our world. I see that failure as the root of the problem.

When we are receiving information, it seems to me, we look at it through the lens of our belief system. I don’t see things in black and white, I see many, many shades of gray (which is sometimes a pain in the ass), but it generally makes me open to considering alternative ideas. When I receive information, I ask myself a number of questions: where did the information come from? Is it observable? Is it consistent with other known facts? It’s like when I used to read journal articles in graduate school – what was the methodology? Can the findings be trusted? Do others do that when they receive information? And if they don’t, what do we do about that?

I see most things on a continuum; values, beliefs, philosophies. Here are some of the belief continuums I see:

Obviously within these categories there are many sub-issues.  But, I think this captures the major issues of our day. Am I missing anything?

Here’s where I would put myself:
X(midpoint)

Can you place yourself on these scales? Where do you fall?

Maybe this is silly, but I tend to weigh things (not myself, if I can help it).

Can we have meaningful discussion along these lines? Would it be helpful? If we recognize our predispositions, if we are honest with ourselves, perhaps we can look at information more objectively.

Six months later, I was driving up the Northway, with a too familiar feeling in the pit of my stomach, as I listened to NPR report on the G-20 summit. Here is the poem that came to me:

What is that feeling?

My arms are weak

Images and thoughts of our President flit across my mind

I have physical symptoms

What is the cure?